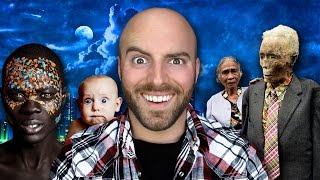 The 10 STRANGEST cultural traditions from around the globe

We all have traditions we hold dear to our hearts like decorating a tree at Christmas, hiding eggs in our yards for children to find, or drinking green beer until we throw up on St. Patrick’s Day. We don’t usually think of our traditions or rituals as strange, but to other cultures, they can seem odd. The same way their rituals can seem strange compared to our own.

There’s a traditional drinking game in Russia where men get together and share a bottle of vodka between three men. They drink until someone falls over or passes out. Refusing to drink is considered an insult. Bottoms up. Nostrovia!

In the Maharashtra state of India, tossing newborn babies off the side of a 45-foot temple is just another family tradition. According to local folklore, this gives the children good luck into their adult years and strengthens intelligence. Or makes them terrified of heights.

There’s a Chinese tradition where a husband carries his pregnant bride over a pan of burning coals when entering their home for the first time. This ritual is performed in the hope she will have a quick and easy labor. This custom also ensures the husband/father to be doesn’t get cold feet.

4. Living with the Dead, Indonesia

In Indonesia, families will wrap the deceased in special garbs and keep the body in the house. It’s thought that in doing so, the loved one’s soul will be preserved until burial.

In Tibet in which the deceased’s body is incised in various places and laid on a mountaintop where it can be exposed to the natural elements and animals. The ritual signified the fleetingness of life and considered a generous act because it provides food for animals just like animals do for people.

This Japanese tradition consists of phallic-themed parades and penis party celebrations. Every March 15th a giant wooden penis is carried across town to bring about regenerative abilities on the local crops as well as fertility for the townspeople.

In Torajah the afterlife is an important part of their religious beliefs. When families can’t initially afford a proper burial, the body is placed in a temporary coffin. Once a funeral can be arranged, the corpse is literally raised and walked to its final place of burial.

The Romani, also known as gypsies, have been committing this criminal wedding tradition for centuries. If a person can successfully kidnap a girl and keep her hostage for 3-5 days, they can then become a couple without the man having to pay off the bride’s parents.

For the Satere-Mawe Amazonian tribe in Brazil, the passage into manhood means sticking your hands into gloves filled with bullet ants for hours. Never heard of a bullet ant? They’re indigenous to the Amazon and have a Schmidt sting pain index of one. They got their name because the pain is comparable to being shot.

The Yanomamo tribe of South America preserve their deceased. Instead, they cremate the body then the family eats the ashes, bone fragments, and all. 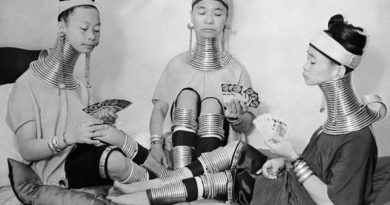 22 Insane Traditions of Tribes Around The World 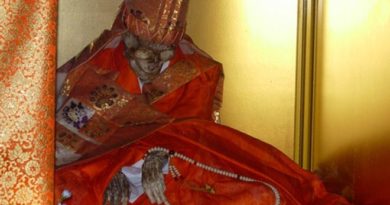